Imagine you take the train into work and after roughly 20 minutes of commuting, you notice a man in front of you going down the stairs at an unusually slow pace, dragging the right foot while carefully placing it on the next step in front of him. Well, this man likely had a stroke and despite the overall impression of the public, this man is a highly functioning individual who goes to work, has a wife and is raising his family.

If you live on this planet, it is likely that you know someone or heard about a family member who had a stroke. In general, unless you are a health professional, and sometimes even if you are, a stroke is a scary, unknown entity and people tend to avoid discussing it to prevent awkward situations. Indeed, there is a growing need for information to educate the public about some of the interesting characteristics of this disease. People who have experienced a stroke have enormous potential for recovery and functional independence if properly approached and managed accordingly.

Stroke is the third leading cause of death worldwide and a common neurological disease affecting approximately 15 million people (Grefkes and Ward, 2014). Every year, approximately 795,000 people have a new or recurrent episode of stroke (ischemic or hemorrhagic), with approximately 610,000 of these being first events. However, due to multiple factors, in the past few decades, there has been a decline in the stroke mortality index (AHA, 2015). This improvement is likely due to developments in acute care treatment options and also progress in primary and secondary prevention methods of stroke. Stroke causes a wide variety of sequelae but it is in the acute phase (first 6 months) that more than 80% of the patients present with motor impairments (movement disorders), such as hemiparesis (paralysis of one half of one’s body) and decrease in manual dexterity (hand coordination and ability to perform daily activities) (Grefkes and Ward, 2014). 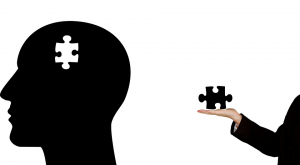 English et al. (2012) found that in stroke patients, the more affected side had greater fat mass than the less-affected side and linked this finding with global physiological deficits, such as greater insulin resistance, poor physical fitness and greater risk of cardiovascular disease. In addition, they stated how a change in body composition can be highly influenced by levels of circulating hormonal and inflammatory factors. In muscle tissue, some of the features related to muscle impairment are reduced neuromuscular activation and decreased mechanical loading leading to atrophy, which is directly related to lipid deposition in and around muscle fibres. Other alterations that are present in chronic stroke subjects are bone demineralization that can range from 1.6% to 25%, the latter referring to the humerus bone (shoulder region) (Jorgensen and Jacobsen, 2001).

Other characteristics were observed in the upper limb of stroke patients when performing functional activities such as reaching. This is particularly relevant for all humans, independent of age and gender since the act of reaching is required for many different, equally important tasks of our daily living. These tasks may include, for example, brushing our teeth, reaching into a cupboard for a kitchen item, opening a door, and even complex tasks required for working in a factory or construction site.
Regarding reaching tasks, it has been described in previous studies that subjects with stroke have decreased elbow velocity, hand velocity, and movement segmentation, as well as increased trajectory curvature (Levin, 1996; Kamper et al., 2002), increased shoulder horizontal abduction (van Kordelaar et al., 2012) and premature trunk recruitment, resulting in increased forward and lateral movement (van Kordelaar et al., 2012; Shaikh et al. 2014). These deficits may, therefore, interfere with the person’s ability to execute daily functions using an optimal movement strategy, leading for an example to excessive fatigue commonly associated with joint pain, thus decreasing patient engagement in an active way of living, fostering sedentary behaviours and all of the problems related to lack of regular physical activity.

In addition to the examples of physical impairment, there are many other dimensions of function that are affected by a stroke, such as sensory, cognitive, social, and professional capacities, to name a few. Moreover, their impact on activity, participation and work-related domains is usually interconnected, leading to the necessity of a complex, interprofessional treatment plan in order to optimize recovery and bring the individual to a functioning level of independence.
Some of the professionals that are involved in this process are medical doctors, nurses, physical therapists, occupation therapists, kinesiologists, dieticians, speech-language pathologists, recreation therapists, psychologists, neuropsychologists, and social workers. This list highlights the complex level of organization required in the rehabilitation of these patients, especially when we consider the social, cultural, institutional, and physical environment of the patient and the meaningful occupations they participate in. 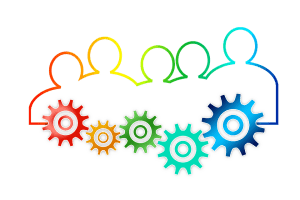 In summary, we cannot forget that each individual is unique and, as health professionals, we must be ready to address each peculiar situation to the best of our knowledge.

It is therefore critical when developing a treatment plan for a patient who has had a stroke, that we consider as much as possible the best practice guidelines, in addition to the engagement of the patient and the surrounding stakeholders of this process.

This article was written in collaboration between Marcos Rodrigues, PT, MSc and Adrienne Sachs, OT, MSc.